The Baba Yaga’s House on its chicken leg.

When I was pondering on the witch Baba Yaga in the Frog Princess, I realised that she was really an amazing Teacher and helpful to those who know how to approach her. She would be very ‘tricky’ and even scary to those who would not know how to handle such an encounter.

Great Sufi teachers are humble and usually stay hidden and would disguise themselves in their teaching tales.  Thus in Sufi stories, the Teacher might well be in the guise of a magician or witch. This made a lot of sense and put the Baba Yaga into perspective for me. She is the archetypal witch and teacher. The Prince (our hero) only encounters her late in the tale when he is in the depth of the inner realm – at the edge of the forest and very close to the end of his quest.

In my book, The Witch as Teacher in Fairy Tales, the in-between place, such as the edge of the forest, is much discussed. Such in-between places are where the outer and inner realms meet. In Ireland these were called the Thin Place, but in therapy could be called an edge space.

The hero (Prince Ivan) is on a quest to find his wife (the Frog Princess) after he has burned her frog-skin and she has flown away to the realm of Kashchey the deathless.  After many adventures, he comes to the Baba Yaga’s hut at the edge of the forest. It is turning around on its ‘chicken leg’. This turning around on its own centre is very symbolic. Everything in the universe turns around something else, the electrons around the nucleus of an atom, the planets around their star. There are Sufi practices which have us turning around our own centre – such as the whirling dervishes, or by circumambulating a sacred place. The sacred is dynamic. In ancient times pilgrims, would walk around a great oak tree in a ritualistic way.

There is also no apparent way into the hut even were it to stand still. I think that if a child were to do a stick drawing of a tree trunk it would look much like a chicken leg, so that the hut could be a analogy for a great and sacred oak tree. Prince Ivan has been taught well – he knows the incantation which he must say, to make the witch’s hut turn its back to the forest and its face to him. This is his way of finding his entry into the deep dark forest; the realm of old, mysterious beliefs. He is then able to enter the hut and see the Baba Yaga, who is lying on the top of a stove with her nose pressed up against the ceiling. The stove represents the heart: if you look at a picture or diagram of a Russian stove, you will see that there are channels, vents, and ducts just like a heart. They would take up most of the space within a home. In the small space between the top of the stove and the ceiling is the Baba Yaga. What an amazing image. She asks him why he has come. ‘Are you seeking your fortune or running away from it?’ This is a profound question! But the Prince tells her she is an old scold and asks for food, drink, and a hot bath. This is according to the laws of civility, and she complies. The prince understands the ritual and goes by the book. Perhaps she is testing him. It is only after this that he can tell her that he was seeking his wife. Of course the old witch knows exactly what has happened and tells him how to find the heart of Kashchey the deathless, to kill him. The prince spends the night with the Baba Yaga, I suspect in teaching and meditation, so that he can accomplish his great task and free his beautiful wife, the Princess Vassilisa. 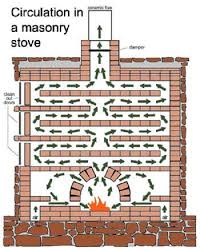